The Best Business Lobby Designs in the World 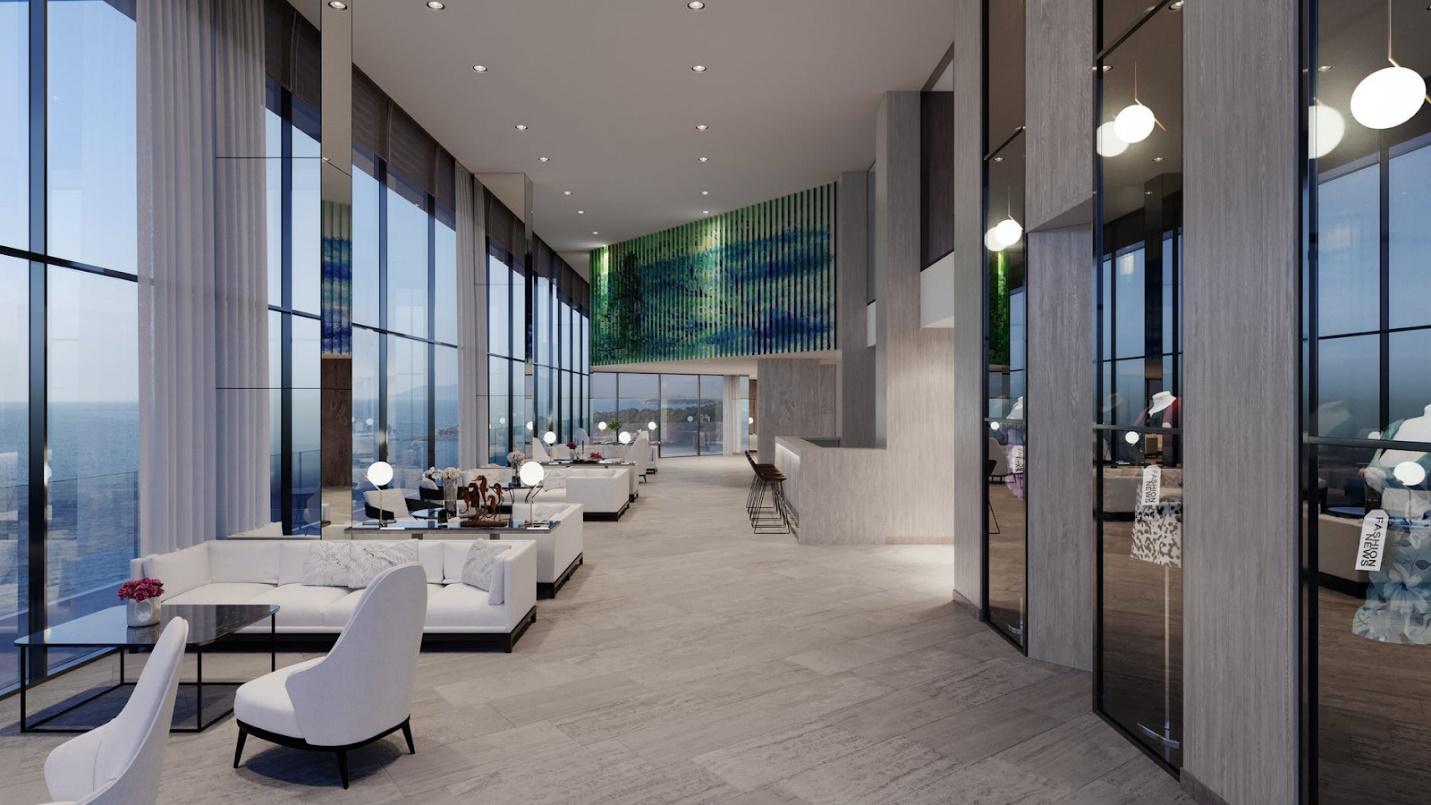 A business’s lobby area is often the most overlooked area as an opportunity to create consistency and cohesion in your brand. This space is most likely the first impression new customers will get, so it’s an important area to consider when trying to attract new customers or top talent to work with a company.

While the hotel industry has known this to be true for decades, the business world is just starting to catch up. Here are some of the best business lobby designs in the world.

With the help of the contemporary technologies and imagination, it’s much easier to realize even the most complicated designs and make lobby signs which can strongly impress and deeply inspire. Yelp has accomplished that in its recently redesigned office setup.

Yelp’s lobby design is both simplistic and thoughtful, with the right balance between branding and functionality, with a noticeable, yet subtle logo sign punctuating the space. The overall design consists of softened industrial features, with exposed brick walls and concrete pillars offset by light wooden paneling and accents.

you can make your own logo design using Adobe tools.

The large windows and minimalist space are streamlined without being cold or unwelcoming. A traditional shaker-style wooden counter and classic antique register set the tone for the lobby to create a beautiful balance between modern and traditional.

Corus Entertainment made design news with the stunning Corus Quay headquarters in Toronto, Canada. The Orientation and Atrium spaces make up the Corus Quay lobby, boasting incredible hemlock walls made from reclaimed wood dating back to 1910. This wood was sourced from the old wharf of the Toronto Ferry Terminal. This intentional design feature pays homage to the location of Corus Quay.

Corus Quay was designed by Quadrangle Architects Limited. The intention behind the design scheme was to capture both a sense of professionalism and functionality balanced with whimsy and creativity. The multi-story wall of the lobby overlooks the Toronto waterfront and allows for ample natural light, creating a clean, crisp environment.

The centerpiece of the Corus Quay lobby is arguably the three-story indoor slide that brings people from the top floor to the main lobby. Adjacent to this incredibly fun feature is a five-story living wall, with live green plants contributing to the space’s LEED certification for sustainability.

What do you get when you combine a drab 11-story office tower built in the 1990s with a visionary designer? The new and improved Frankfurt Office Tower. The design team at Ippolito Fleitz Group approached this incredible project with the goal of creating the space to be smart, sexy, and surprising. Needless to say, they exceeded that goal.

The Frankfurt Office Tower lobby sets the stage for the rest of the building. Undulating white fins accent the walls, creating a constant sense of motion as you step inside. These fins are lit with atmospheric lighting and subtly reflect up to the ceiling. The white fins are contrasted by darker metal infrastructure for a modern-meets-rustic vibe.

While the appearance has gleaned the Frankfurt Office Tower with the accolades of having the best lobby in the city, it’s not all visual aesthetics. Amidst the fins are hidden soundproofing panels that create a sense of calm and quiet in an often busy and bustling space. The Ippolito Fleitz Group has managed to create a sense of intimacy when it is least expected.

When you walk into the lobby at IHeartMedia, you’ll feel as though you’ve stepped into the future. This space invokes a sense of space-age wonder with clean lines, bright lights, and interactive walls.

A joint effort between Beneville Studios and Brad Zizmor and Dag Folger of Architecture + Information, the IHeartMedia entrance is what you’d expect to find walking into a radio station in the year 2100. More than a design, this innovative team has created an experience.

As you walk into the brightly lit, white hallways, the white LED lights that line the walls change to IHeartMedia’s branded red color. The lights are motion-triggered, following you through to your destination. Faux leather upholstery lines the desk and lobby seating, reminiscent of soundproofing in a traditional studio.

As you step off the elevator, a video projection is triggered on the wall, and faux fog announces your arrival. While the rest of the building isn’t as immersive, it maintains that space-age quality throughout. Everything is open concept with cube-style rooms and glass walls.

AutoGravity is a fintech startup in the automotive sector. Their entire building is designed so that employees feel comfortable and inspired to sit down anywhere and work. Thus, they’ve created an innovative coworking space in the lobby that also acts as a brand booster, showcasing the company culture at its best.

The main reception area is simple and sophisticated, with clean white epoxy contrasting the rich, dark wood surroundings. The focal point of the lobby is the multifunctional stadium seating staircase that invites employees to sit down and collaborate.

This design feature encapsulates a subconscious trend in the workplace, in which employees pause on the stairs to update one another as they go about their day. Along one side of the stadium stairway is a slide, so you can still get to that meeting on time.

As with many modern startup offices, comfort and natural surroundings are a must. The Gensler design team incorporated their take on biophilia with a constellation ceiling piece and living wall.

Playfish is a social gaming firm based in London. The theory behind their lobby design was to capture the sense of whimsy and fun that the brand hopes to accomplish with its games. The completed look feels like a fun, fresh daycare center for adults.

The open-concept lobby is illuminated with bright neon lighting, a fresh coat of vivid blue paint, and ultra-modern accent furniture. Cartoon murals featuring Playfish characters highlight the walls, conveying relevant information in a fun, unique manner. For example, the coffee station is accented by a mural depicting a space scene with an alien coffee shop.

Abstract seating and a vivid color palette help visitors get into a fun, gaming mindset as they enter the building.

HBO has skyrocketed in popularity over the past 20 years and is credited with broadcasting some of the most influential television series’ of all time. Their major headquarters overhaul in 2017 created synergy between the brand and their work environment.

As you walk into the HBO lobby, you’ll be greeted with raw wood and steel elements that pay homage to traditional Seattle industries. The collaborative workspace conveys a sense of versatility and adaptability, allowing anyone to sit anywhere and get work done.

There’s a balance of cool professionalism and warm comfort that designers at Rapt Studio have married to create a beautiful union.

Aspiring interior designers in the business niche can learn from industry leaders and take inspiration from the best business lobby designs in the world.